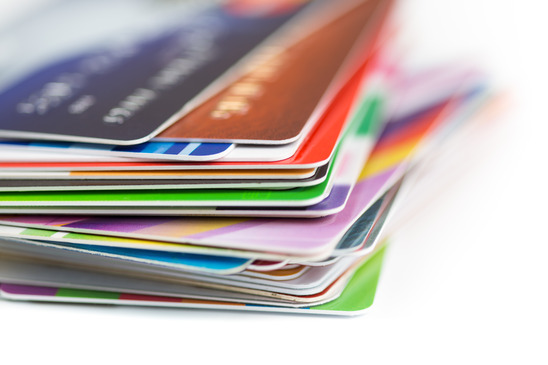 What Are My Rights If The Information On My Credit Report is Wrong or Incomplete?

The Fair Credit Reporting Act (FCRA) is a federal statute that was passed originally in 1970 and revised in 2003. It was passed with the goal of increasing the accuracy, fairness, and privacy of consumer’s information in the files of credit bureaus and other specialty consumer reporting agencies and in doing so promote efficiency in the banking system. See 15 U.S.C. § 1681. This blog will examine the rights that the FCRA gives to consumers to dispute inaccuracies on their credit reports and in some cases get compensation for a credit bureau’s failure to correct incorrect or inaccurate information.

If your file at a consumer reporting agency contains items that are incorrect, incomplete or inaccurate, you have the right to dispute that information. Some of the most common FCRA violations include the following:

Reports that include inaccurate information

Reports that include outdated information

Reports that include a merging of credit files

Requesting a credit report for an impermissible purpose

Dispute Errors On Your Report

You also can ask the credit reporting company to provide your dispute statement to anyone who received a copy of your report in the recent past. Please note that a consumer reporting agency may charge a fee for this service

If the dispute process does not correct the problem, the FCRA provides a private right of action against consumer reporting agencies for their willful or negligent failures to comply with the FCRA’s requirements. You may seek compensation for the negative effects of having such inaccurate information on your credit report. For example, have you been unfairly denied credit when applying for a mortgage loan, credit card or auto loan? Or are you paying a high interest rate due to error on your credit report? You may have been damaged by a credit bureau’s inaction in correcting your information. You may be able to sue them in state or federal court. The lawsuit must be filed either two years after the date you discovered the violation, or five years after the date of the violation.

If the violation was due to the consumer reposting agency’s negligence, you are only entitled to your actual damages, the economic harm done to you as a result of . In addition, regardless of whether the violation was willful or negligent, the statute provides for compensation with regards to your attorney fees and legal costs. However, the FCRA has a penalty for filing a lawsuit or subsequent court papers that are later determined to have been filed in “bad faith.” If you file papers in bad faith, you may be liable for the other side’s attorney fees

In Spokeo, Inc. v. Robins, the plaintiff learned that his profile on the Spokeo “people search” website stated he was “an affluent fifty-something, with children, a job, and a graduate degree.” He filed a class action lawsuit because none of those facts were true and having that information on his profile damaged his employment prospects while he was unemployed. He alleged that Spokeo had willfully violated the FCRA by failing to follow reasonable procedures to ensure the accuracy of the information it was disseminating about him. Spokeo challenged Robins’ standing to bring the action, and the case was appealed up to the United States Supreme Court.

Justice Samuel Alito wrote the Court’s 6-2 decision in Spokeo, Inc. v. Robins, 136 S. Ct. 1540 (2016), which narrowly interpreted what constituted an injury under the FCRA. The court found that purely procedural or technical violations of statutory rights are insufficient to establish standing or the ability to bring the lawsuit. Justice Alito wrote that “standing requires a concrete injury even in the context of a statutory violation,” and that Congress has the authority to “elevate to the status of legally cognizable injuries concrete, de facto injuries that were previously inadequate at law.” However, the fact Congress has made a previously intangible injury actionable “does not mean that a plaintiff automatically satisfies the injury-in-fact requirement whenever a statute grants a person a statutory right and purports to authorize that person to sue to vindicate that right.” In other words, you need to show harm or injury that resulted from the inaccurate information in order to bring an FCRA lawsuit. To illustrate this point, Justice Alito point to the example of an incorrect zip code. While it may be technically incorrect, it does not harm or injure an individual’s credit or employment prospects.

The case was sent back to the lower court for further fact finding regarding the injury to Robins caused by the information in the Spokeo profile. In the lower court, Judge O’Scannlain concluded that if one’s age, marital status, educational background, and employment history, were inaccurately listed it was much worse that Justice Alito’s example of the incorrect zip code. He found this fact pattern was likely to harm one’s employment prospects and/or create emotional distress and that “flattering inaccuracies” could hurt one’s employment prospects because they may lead a prospective employer to (1) question the applicant’s veracity or (2) determine that he is overqualified. See Robins v. Spokeo, Inc. 867 F.3d 1108 (9th Cir. 2017).

Despite this Supreme Court’s ruling, FCRA litigation has continued to accelerate. Furthermore, while we have been discussing the individual’s right to bring a lawsuit against consumer reporting agency for inaccurate information on a credit report, some attorneys have been bringing class action lawsuits for violations of the FCRA. In a class action, you sue not just for your violation but for all the similar plaintiffs in your same position.

We recommend obtaining a free credit report every year from each of the three major credit bureaus from annualcreditreport.com. For consumers who have filed bankruptcy, we recommend checking their credit reports 90 days after discharge to ensure that the bankruptcy is being accurately reflected on their reports.

David I. Pankin is a Brooklyn bankruptcy attorney helping clients with consumer protection matters. If you have any questions about the FCRA or think there may be errors on your credit report, please contact the Law Offices of David I Pankin, PC at 888-529-9600 or by using our easy online contact form.

PrevPreviousHow Can I Stop Creditors From Harassing Me?
NextDo I Have To Take The Credit Counselling Course Before I File A Bankruptcy Petition?Next